On Monday, the girlfriend of the American tennis player Frances Tiafoe posted a video from what she called a “fashion show.” In it, Mr. Tiafoe, ranked 17th in the world, tried on a kit sent to him by Nike, his sponsor, as he readied for the Australian Open.

“It’s definitely a lot, but I’m here for it,” his girlfriend, Ayan Broomfield, a tennis player from Canada, says as Mr. Tiafoe walks to a mirror to see the outfit: a sleeveless top and shorts covered in multicolored waves, like an oil slick rainbow or a lava lamp. (According to Nike, the pattern was inspired by Australia’s terrain.)

She shared the video on Twitter the day after Mr. Tiafoe debuted the outfit on the court, as a sort of tongue-in-cheek mea culpa in response to some spirited reactions from fans and commentators. “I absolutely loved it on him,” Ms. Broomfield wrote, “so y’all can blame me.” (She also credited Naomi Osaka for his sneakers.)

Mr. Tiafoe wore the kaleidoscopic set during the tournament, including on Friday, when he lost his third-round match. Though that ended his bid for the Australian title, the style points he earned with the kit aren’t so easily revoked.

With a silhouette that evoked a 1920s bathing suit, the outfit, from a distance, at first resembled a one-piece to fans. The tennis publication Racquet called it “the Big Faux Romper,” nodding to Mr. Tiafoe’s nickname, “Big Foe,” which he wears spelled out on a necklace. The look, the magazine tweeted, “invites you to reject thought and embrace only good vibes. Perfect Aussie summer himbo energy.”

This is the kind of message he can surely get behind. Mr. Tiafoe, 25, raised in the era of sports memes, represents a new kind of tennis star — at least compared with the generation of intense, stately household-name players who rank above him, like Novak Djokovic and Rafael Nadal. Recently, for example, Mr. Tiafoe tried to pull down the pants of another American player during an interview.

He’s goofy. He’s outspoken. And he understands that people like to have opinions about fashion on the internet, writing about his Nike kit on Instagram: “what we think bout the fit … I ain’t mad at it.”

But his good humor is largely why the look stood out — even among other Nike-sponsored players wearing the same pattern on their shorts or skirts. (None, though, wore the exact matching set cabana-style as Mr. Tiafoe did.) His approach to the game is flamboyant, fueled by the energy of his audience, said the Racquet co-founder Caitlin Thompson, and so a flamboyant kit suits him.

“Not a lot of these guys actually like to be flamboyant,” said Ms. Thompson, who suggested other Australian Open players wearing Nike look more like they’re wearing costumes, against their will, “cowed into submission.”

“He’s not only such a goofball, but he seems like a very secure person, and I think that’s why he’s pulling it off,” she said. “It feels like he’s wearing it, not it’s wearing him.” (Also, she added, the tank top “shows off his guns.”)

The fashion industry establishment has noticed Mr. Tiafoe, too. In September, shortly after he became the first American man in 16 years to reach the U.S. Open semifinals — where his square-neck pink Nike shirt served as a warm-up to this year’s even more colorful Australian Open kit — he was seen sitting in the front row of Tom Ford’s spring 2023 show, sandwiched between Russell Westbrook and Ciara.

On the other side of Ciara was Anna Wintour, a noted tennis enthusiast who has recruited three players as her co-chairs of the Met Gala: Serena Williams, in 2019; Naomi Osaka, in 2021; and Roger Federer, who was just announced as a chair of this year’s gala.

Did Ms. Wintour have an opinion on Mr. Tiafoe’s Australian Open look? Reached for comment via email, she said: “Full of spirit like the man who wears it.”

Which Came First, Inflation or the Egg Meme?

‘I Lost My Heart.’ A Haitian Mother’s Fight For Her Child 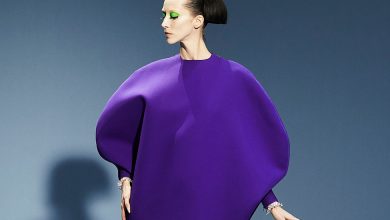 The Best Show in Paris

The Model Behind the Athleisure Label Friends With Animals 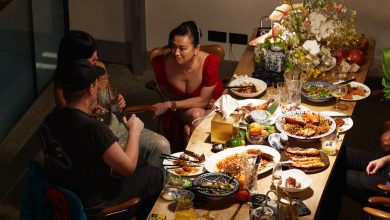 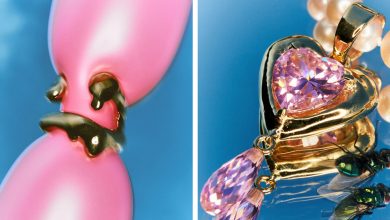 The Jewelry Designer Bringing Back Teardrops, Hearts and Smiley Rings