Chanel Sowell, an administration support specialist at a university in Raleigh, N.C., spends a few days each week working part-time shifts at an Old Navy store. And it’s during this wintry time of year, when customers are flocking in to buy the latest matching holiday pajama sets, that she’s reminded that she’s not in a relationship.

“Every time it comes around I’m always saying, ‘OK, I guess I’m going to sit this one out again,’” said Ms. Sowell, 40, who first noticed the matching pajama trend among couples a few years ago. She has been single for four and a half years since her previous relationship, which lasted for nearly six years, ended.

The tradition of matching pajama sets has been a holiday season staple for families that dates back decades. In recent years, however, it has evolved into yet another cuffing season status symbol — a way to hard launch a new relationship on Instagram or simply display their love to the masses.

For those riding out the season alone, matching pajama sets have become yet another benchmark to strive for while dating in the digital age. For the last few seasons, couples and new families have proudly shared photos of themselves wearing matching pajamas online, creating feelings of desire among those weathering the holidays alone.

Ms. Sowell said that when she was in a relationship, she mostly saw ugly Christmas sweater trends. Now it’s all about cute sleepwear.

“When I got single all of a sudden everyone’s in these matching pajamas,” she said.

Stores like Target, Old Navy and Amazon are among the leading go-to sources for matching holiday pajamas. A Target spokesperson said in an email that the company’s matching family pajamas have “grown in popularity over the past years,” at least since 2019, with its most popular being the red buffalo check flannel print. And according to Old Navy, matching pajamas sales in the last two months of 2021 made up almost half of its total PJ sales for the year and from 2017 to present day their sleepwear sales have almost tripled.

Aalyrianna Swing had planned to wear her first matching couple’s pajamas with her boyfriend in 2021 while on summer vacation in New York. But as fate would have it, they broke up just a few months before Christmas last year.

“I had it all figured out and everything: I wanted to do the Grinch pajamas that were in the color green,” Ms. Swing, 20, said. “I just had everything planned out. And it just did not work.”

The pair were together for about a year before issues with long distance got to be too much to ignore, said Ms. Swing, who is a student at Louisiana State University. She explained that matching Christmas pajamas photos are one way couples can show their friends and family that they are serious.

“This generation, they have the mind-set of once you get posted on social media it’s official,” she added. “That’s the goal, it’s called ‘pop out,’ to show others you’re a couple. It’s like a ‘yeah I made it, I’m finally in a relationship’-type thing.”

Broadcasting one’s relationship online can bring with it a level of scrutiny many would like to avoid, especially if it’s still in its early stage. That heightened sense of pressure has led people to show some restraint — or even soft launching, which is a way to tease a new partner online — until a particular relationship milestone is met, like dating for at least a year or even becoming engaged.

At that point you might feel more comfortable sharing photos from a summer “bae-cation,” or during a birthday celebration, or of you and your partner wearing pajamas covered in images of Santa, dreidels or snowflakes.

For Aleena Khusro, a 26-year-old brand and marketing specialist who lives in London, what started as a harmless enough social media trend now has one purpose: to show off that “I have a partner for Christmas.”

“Like, ‘Look at me, I’m so in love,’” she said. “It’s just a symbol that has come out of this whole culture we have around social media now.”

Ms. Khusro said that her parents would often buy matching Christmas pajamas each year for her and her brother growing up, since she was about 7.

“And now on Instagram and TikTok, it’s a massive thing,” she said.

Ms. Khusro, who is currently single, participated in the trend last Christmas with her boyfriend at the time, wearing matching Harry Potter pajamas.

“For me, it was one of those things where I wouldn’t even post online,” she said, “but it was quite a sweet thing to do because it’s like, you’re in matching pajamas and it’s cozy and wholesome and it’s just a bonding experience.”

It’s common to see people online lament their singleness during the holiday season. It’s also common to see people share their excitement over having a partner to do things with. Despite general assumptions of the worst intentions, some couples who participate in this trend maintain that it’s not their intention to show off or promote a fantasy of what it means to be in a relationship. Instead, it’s just a way for them to create their own traditions.

Marcus Houston and Ayahna Aragon started dating in 2019 and now live together in Hyattsville, Md. Each year, they share the same single pair of matching holiday pajamas that they bought “last minute” at Target after Mr. Houston persuaded his girlfriend to participate in the trend with him.

“We went to the store and couldn’t find any, all we could find was, like, an extra-large women’s set,” said Mr. Houston, 28, explaining that the size allowed it to fit them both. (Ms. Aragon is petite, about 4-foot-11, whereas Mr. Houston is over 6 feet tall and weighs around 200 pounds.)

“So she wears the shirt, I wear the pants, and from there, it just became a Christmas tradition,” he added.

Mr. Houston and Ms. Aragon both say there are fewer photos from their childhood than they would like, so Ms. Aragon, 25, said wearing matching pajamas and taking photos was their way of making memories that they can show future generations. Unlike the trend on social media, where it’s “very much about curating an image.”

“Everybody’s trying to be their couple goals,” said Ms. Aragon, “so I think that probably is what influences a lot of people to think that that’s the ‘it’ thing you must do in order to validate that your relationship is worthy of being envied.”

“We just want to have a memory because there’s so many fond moments that we both remember from childhood that there is essentially no proof and we’re just relying on our own storytelling,” she added.

‘I Will Say, It Is Pretty Cute’

Alex Ochoa, a full-time content creator and owner of the fashion brand Shine by Nature, first participated in this trend after a shoe brand got in contact with her in October with a collaboration opportunity to promote a product. They requested that she and her husband wear matching holiday pajamas in the post, which prompted her to buy some from Pottery Barn.

“I feel like a lot of the popular content creator families have sort of pioneered this obsession with having your whole family wear matching Christmas pajamas,” said Alex Ochoa, seen here with her husband.Credit…Alex Ochoa

“I just feel like a majority of this trend is, like, performative and it’s just a cute thing to take pictures with,” Ms. Ochoa, 24, said in a phone interview. “I feel like a lot of the popular content creator families have sort of pioneered this obsession with having your whole family wear matching Christmas pajamas.”

However, now that they have them, she has worn it to film additional content for her personal page. “If I wasn’t a content creator I wouldn’t really feel the need to get matching pajamas, but I will say, it is pretty cute,” she said.

Matching pajamas, of course, are not just reserved for romantic partners. Plenty of people still do it with their friends, families and even their pets. Ms. Swing and Ms. Khusro said they are planning, instead, to wear matching pajamas platonically for Christmas.

“I’m just going to do it with my friend, we need more pictures together,” Ms. Swing said. “Let’s just do a shoot together for Christmas.”

Ms. Khusro has gathered eight of her friends to participate: “We haven’t decided what it’s going to be yet, but we’re all going to get matching pajamas and watch Christmas films this year.”

As for Ms. Sowell, the college administration employee in North Carolina, she said she would continue her tradition of wearing Christmas-themed shirts to work, decorate the office with holiday décor and paint her nails red to get into the spirit.

“Just doing what makes me feel good without even having a husband,” she said. “Whenever God sends him, I’ll be prepared, and hopefully he’s prepared for my shenanigans.”

Tags
Christmas Said She That With

Evan Mock Is Having the Best Time

Where Did the Royals Find Prince George’s Nanny?

At 91, Adrienne Kennedy Is Finally on Broadway. What Took So Long? 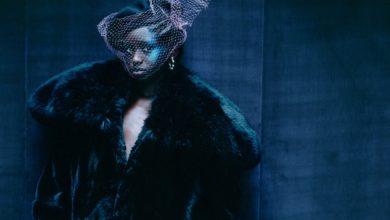 This Season’s Fashion Is Ready for the Night Shift 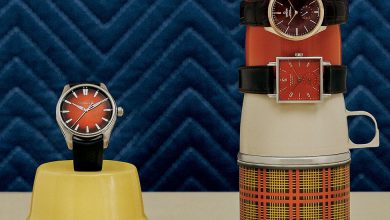