HOUSTON — Cristina Tzintzún-Ramirez is convinced she knows the secret to turning Texas blue.

When she applied to lead NextGen America, a liberal group backed by the billionaire and former presidential candidate Tom Steyer, she made two things clear. She was not leaving Austin, and the organization would have to spend time and money in Texas.

And she was focused on a magic number: 631,000 votes. That was the margin of victory for Republicans in the state in 2020.

Now, NextGen is targeting nearly 2 million voters in Texas: 1.1 million voters between the ages of 18 and 30 who are registered to vote but have not cast ballots consistently in recent elections; another 277,000 young voters who did not vote in 2020; and 565,000 people they have identified as “young progressives” who are unregistered. If just a third of the total turns out to vote — roughly 633,000 people — it would be enough for Democrats to overcome the Republican margin.

“We have a huge number of young people who are not yet registered to vote, so we need to make them believe in their own power,” said Ms. Tzintzún-Ramirez, who is now the president of NextGen and who has worked in Texas politics for more than 15 years. “People believed demography is destiny, but we actually have to go out and convince those people to vote.”

The organization is planning to spend nearly $16 million in Texas over the next two years to register new voters and get them to the polls in the 2022 midterm elections. The project marks some of the most significant Democratic spending in Texas that targets the young people the party hopes will help it break the Republican grip on the state.

But Democrats have a steep hill to climb. The goal of flipping Texas, the country’s largest Republican-controlled state, has long eluded Democrats, after years of their party spending little to nothing, partisan gerrymandering making it more difficult for them to win elections and a statehouse that is effectively leading the Republican right flank.

And Republicans enthusiastically keep the money flowing freely in the state: Gov. Greg Abbott raised nearly $19 million during the last 10 days of June alone, more money than NextGen plans to spend in the state in the next two years. Several of those checks to the governor were for $1 million, a regular occurrence for Republicans in Texas, where there are no donation limits in statewide races.

“Money is not everything, but it’s a lot better than nothing,” said Julián Castro, the former mayor of San Antonio and a former presidential candidate. “It’s crucial to getting the numbers up, when you have so many people who are infrequent voters — voter registration drives cost money.”

Cristina Tzintzún-Ramirez believes that young people are more motivated by issues than by individual candidates.Credit…Annie Mulligan for The New York Times

Ms. Tzintzún-Ramirez believes that young people are more motivated by issues than by individual candidates, and that the work of the group will supplement any campaign spending. Most campaigns, Ms. Tzintzún-Ramirez said, focus on reliable voters or swing voters, and “mobilizing young people doesn’t fit into that equation and simply isn’t cost effective for most campaigns.”

Last year, roughly 50 percent of people under the age of 30 voted in the presidential election, an 11-point increase from 2016, according to the Center for Information and Research on Civic Learning and Engagement at Tufts University. Texas is the second-largest state in the country, and its population is also one of the youngest and most diverse, census data shows. People of color accounted for 95 percent of the state’s growth in the last decade, and white Texans now make up less than 40 percent of the state’s population.

Flooding the state with money may not be enough at a time when the Democratic Party in Texas faces significant hurdles — flagging voter enthusiasm, shifting political attitudes, tighter voting restrictions and redistricting that favors Republicans. And while demographics have long been seen as a boon to Democrats as the state grows more diverse, a significant number of Hispanic voters near the border swung toward Republicans in the last election.

For Republicans who believe the talk of flipping the state is nothing but Democratic hype, those seven-figure donations to their own party reflect the enthusiasm for the G.O.P.

“Money certainly makes a difference, but Democrats have over and over again claimed that Texas was on the verge of turning blue only to have their hopes dashed,” said Senator Ted Cruz, who criticized Beto O’Rourke in their 2018 Senate race for attracting so many donations from liberals in other parts of the country.

The difficulty for Democrats was on full display during a rally kicking off NextGen’s voter registration efforts at the University of Houston, where one Democratic leader after another took the stage to convince the small crowd of young voters’ power.

But by the end, when Sheila Jackson Lee and Al Green, two Black members of Congress, took the stage, the limits of that power became clear.

The Republicans who drew the draft of a new congressional map merged their two districts into one — raising the possibility that two of the longest-serving members of the state’s Democratic congressional delegation may be forced to run against each other. Ms. Jackson Lee and Mr. Green have objected to the redrawn map, saying it appears to be discriminatory.

Texas — with more than 650,000 millionaires, more than any other state except California — has long been a kind of A.T.M. for candidates from both parties in other parts of the country, often to the detriment of local candidates.

Just eight years ago, when Paul Sadler ran for the Senate seat against Mr. Cruz, then a newcomer, national Democrats did next to nothing to support his campaign, he said. Mr. Cruz raised more than $14 million. Mr. Sadler never even reached $1 million.

“They played absolutely no role,” Mr. Sadler, a former state legislator, said of national Democratic groups. “They took the map and wrote off Texas completely. I was extraordinarily disappointed. They wouldn’t even try.”

Instead, he said, national Democratic leaders treated Texas like a piggy bank, raising money from donors who lived there for campaigns in other states. “Nobody believed Texas could be won, but it is a different place today,” he said.

Indeed, the margins for Republicans have shrunk or stayed the same in presidential elections in Texas over the last decade. In 2012, Republican Senator Mitt Romney won Texas with 57 percent of the vote. In 2016, Donald J. Trump earned 52 percent. Last year, Mr. Trump again won 52 percent.

Because of Texas’ size, both Democrats and Republicans spend more money there than in nearly any other state in the country. But the percentage spent on Democratic candidates is one of the lowest in the country. Roughly 35 percent of all political spending in Texas goes toward Democrats, according to Open Secrets. In Wisconsin, a key swing state in every election, 49 percent goes toward Democrats.

There have been some high-profile attempts at investing in the state before: Michael R. Bloomberg’s campaign spent several million dollars for Joe Biden during the 2020 presidential primary. In 2014, Battleground Texas, an effort led by former Obama aides, spent millions — only to have every Democrat lose in statewide elections.

Rafael Anchia, a Democratic state lawmaker from Dallas who is the chairman of the Mexican American Legislative Caucus, said Mr. O’Rourke’s campaign was the only statewide Democratic effort in recent memory with a large enough budget to reach across the state. Mr. Anchia said that like other Texas Democrats, he has made the case to national funders that the state could be competitive.

“No longer is Texas considered this fool’s gold,” he said. “It has demographics similar to California’s but has been a low-turnout, low-voting state.”

One of the most difficult hurdles to overcome may be apathy. At a NextGen organizing meeting in McAllen, along the Mexican border, several students said their biggest challenge would be convincing their peers to vote at all.

“People see politics as this uncomfortable conversation, or something that really doesn’t impact them at all,” said Rebecca Rivera, 21, a student at the University of Texas Rio Grande Valley. “They have lost their faith in government, or didn’t ever really have it to begin with.”

Gruden, Already Out of a Job, Is Losing Relationships Too 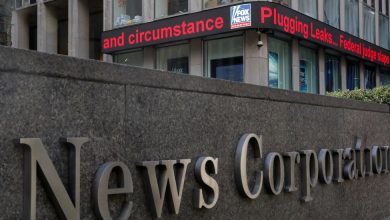 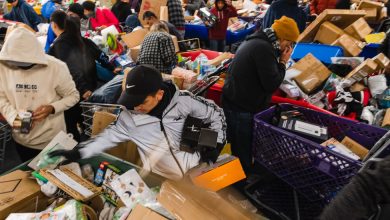