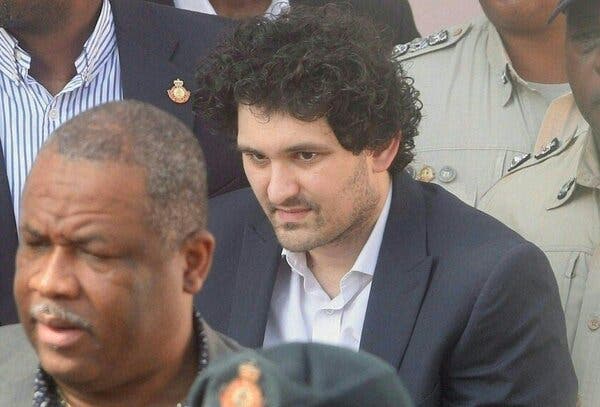 Why getting back money from FTX will be so hard

The legion of creditors who lost billions in last month’s collapse of the crypto exchange FTX just got a tiny piece of good news: A number of parties that received payments and political contributions from the company; its jailed founder, Sam Bankman-Fried; and his associates have expressed a willingness to return the money, FTX said in a statement Monday night.

Politicians were among the biggest benefactors. Mr. Bankman-Fried; Ryan Salame, the former co-C.E.O. of FTX; and Nishad Singh, a former head of engineering at the company, have donated a total of $84.3 million to Democrats, Republicans and political action committees since 2019, according to data collected by OpenSecrets.org and shared with DealBook. Some politicians, including Hakeem Jeffries, the incoming Democratic leader in the House, and Representative-elect Aaron Bean, a Republican from Florida, have returned donations or given the money to charity since FTX fell into scandal.

Clawing back enough to make creditors whole will be difficult. FTX went bankrupt last month owing more than $3 billion to its top 50 creditors and having racked up losses that exceeded $8 billion.

Many commentators have pointed to the case of Bernie Madoff, the poster child for Ponzi schemers, as a model for how FTX’s new C.E.O., John Ray III, and a bankruptcy court might collect assets to repay depositors. In that case, judges ruled that a court-appointed trustee, Irving Picard, was allowed to claw back funds from anyone who pulled out more money than they put in.

Mr. Madoff, though, may be an imperfect model for FTX. Here’s why: Mr. Madoff claimed he was investing his clients’ funds, but there was no evidence of that. He appears instead to have kept their money in cash. FTX’s client funds, by contrast, were almost certainly converted into some cryptocurrency that traded on exchanges. In that case, experts say clients of FTX could claim that they were entitled to gains — and if they were lucky enough to get their money out earlier, they could probably keep them.

Investors are focusing on Binance. The world’s biggest crypto exchange, and an early FTX investor, has tried to reassure markets about its own financial health since FTX’s bankruptcy. It’s quickly gone from being viewed as the strongest player in crypto to looking vulnerable, with the value of its in-house digital currency, BNB, falling nearly $10 billion in the past week. (It has recovered somewhat, trading flat over the past 24 hours.)

The big question rattling Binance: Will creditors be able to claw back the $2.1 billion that Binance pocketed in 2019 when it sold back its stake in FTX to the company? Binance has said that money it cashed out of FTX came from selling a number of digital tokens. Since those tokens had traded, it is likely that Binance would be allowed to keep its gains.

Here’s what else is happening in crypto:

The House Jan. 6 panel refers Donald Trump for criminal prosecution. Lawmakers accused the former president of inciting insurrection, conspiring to defraud the nation and other charges, and recommended the Justice Department prosecute him. It’s unclear whether federal prosecutors will, but the charges are the latest blow to Trump as he prepares to run again for president.

Epic Games will pay $520 million to settle an F.T.C. investigation. The maker of Fortnite was accused of illegally collecting children’s personal information, matching them with strangers while enabling live communications and using “dark patterns” to trick kids into paying for in-game items. The fine easily set a record for child privacy violations.

E.U. nations agree on a price cap for natural gas. Energy ministers agreed to impose a limit if month-ahead prices remain above 180 euros, or about $191, per megawatt-hour for three consecutive trading days. But traders worry that the cap, which can be applied beginning Feb. 15 and would affect certain natural gas contracts, may distort markets rather than limit prices.

Harvey Weinstein is convicted again of sex crimes. A Los Angeles jury found the disgraced movie producer guilty of raping and sexually assaulting an actress in 2013, but acquitted him on another charge and could not agree on three others. The guilty verdict will probably keep Weinstein in prison, even as New York State’s highest court reviews his conviction there.

Elon Musk stays quiet on poll about his status as Twitter C.E.O. The billionaire hasn’t commented on the survey, in which a majority of respondents said he should step down; he had promised to abide by the results. But Musk has commented on Senator Elizabeth Warren prodding Tesla’s board about his work at Twitter, tweeting, “The United States has definitely been harmed by having her as a senator lol.”

There’s very little holiday cheer to be found in the markets. Stocks in Asia and Europe dropped on Tuesday morning, and U.S. futures were pinging between gains and losses. Global bond investors, meanwhile, were in a selling mood.

A surprise move by the Bank of Japan pushes many investors to sell. The dovish central bank eased its bond-yield policy — it will allow 10-year bonds yield to fluctuate by 0.5 percent rather than 0.25 percent — and investors believe the B.O.J. will join its global peers in raising interest rates (they remained at minus 0.1 percent overnight). On cue, Japanese stocks and bonds sank, and the safe-haven yen jumped.

“It’s important not to underestimate the impact this could have, because tighter B.O.J. policy would remove one of the last global anchors that’s helped to keep borrowing costs at low levels more broadly,” Jim Reid, head of global fundamental credit strategy at Deutsche Bank, wrote in an investor note this morning.

Hopes of a “Santa rally” are fading. Most years at this point in the calendar, market commentators discuss the probability of whether investors will sink part of their year-end savings into stocks and other risky assets in the hope that they will reap bigger future gains. Not everyone is a believer in the so-called “Santa rally,” which is widely defined as the seven trading days following Christmas. But according to LPL Financial, the return on the benchmark S&P 500 is well above the median for those who invest at this time of year.

The trading equivalent of a stocking full of coal is looking more likely. Since the intraday high reached last Tuesday — the same day investors got some good news on slowing U.S. inflation — the S&P 500 has fallen nearly 7 percent, as concerns about growth and rising borrowing costs push investors into a bearish mind-set. The index is down 19.9 percent this year.

The malaise will dampen the mood in the new year. Forecasts for 2023 are looking increasingly bearish, as investors become concerned about corporate profits. Wall Street analysts now predict that the S&P 500 will close out 2023 at 4,009, implying that stocks will climb back roughly to where they were last Tuesday.

“It’s almost comical to see the house price growth forecasts. It’s either 3 percent growth or double-digit declines, with almost nothing in between.”

— Igor Popov, chief economist at Apartment List, on the great disparity in outlooks for the U.S. real estate market next year.

In his latest year-end letter, Bill Gates walks readers through his philanthropic achievements for 2022, including efforts to double the Gates Foundation’s spending and its work on reducing poverty and illness.

He also has some tough assessments for how the world is doing on crucial issues like climate change — but also reasons for hope. (He also discloses a personal motivation for optimism: He’s set to become a grandfather next year.) Here are some highlights from his letter:

But he adds that public funding for climate-related R.&D. has grown nearly a third since the 2015 Paris accords. Private capital has increased as well, with $70 billion spent over the past two years. And new technologies to address climate issues are continuing to emerge.

That doesn’t mean the future is assured. “Getting to zero will be the hardest thing humans have ever done,” he writes.

There are big breakthroughs in fighting AIDS. “I think there’s a good chance that a cure for HIV will be available in 10 to 15 years,” Mr. Gates writes.

One reason is advances in gene therapy that are making it easier and cheaper to treat affected people. The stakes are high, he says: “An ideal HIV cure will free all of them from taking these drugs and save the world millions of dollars a year in treatment costs. It will also mean that millions of people never have to worry about getting HIV in the future.”

The Gates Foundation is raising its spending. Mr. Gates notes that this past summer, the nonprofit said it would deploy $9 billion a year by 2026, a pledge that prompted him to transfer $20 billion to its endowment.

Also helping in that goal is a series of donations by Mr. Gates’s close friend Warren Buffett, which have totaled $45 billion since 2006. “I believe this is the largest gift ever given, and thinking about it fills me with awe and gratitude and a sense of responsibility to make sure it is spent well,” Mr. Gates writes.

We’d like your feedback! Please email thoughts and suggestions to [email protected]

Tags
Bank Ftx Per That Will

Was the World Collapsing? Or Were You Just Freaking Out?