Fifteen states have intervened to try to keep in place a pandemic-related policy that allows the government to swiftly expel migrants arriving from Mexico, a prelude to Republican plans to push new security measures on the southern border.

The motion to intervene — filed late Monday night by 15 states, all but one led by Republicans — seeks to delay a court order issued last week that would lift the expulsion measure, known as Title 42, on Dec. 21.

The Nov. 15 order from Judge Emmet Sullivan of the U.S. District Court for the District of Columbia paves the way for migrants to claim asylum for the first time since early in the coronavirus pandemic in March 2020. The measure has been kept in place amid concerns that canceling it could lead to thousands more people making their way to the U.S. border. But Judge Sullivan concluded there was no basis for continuing the policy, which he said did not control the spread of the coronavirus and forced migrants to return to countries where some of them might face grave danger.

A group of 24 Republican-led states won a nationwide injunction in May to maintain the expulsion policy after the Biden administration announced plans to rescind it, as the Centers for Disease Control and Prevention determined that it was no longer needed to protect public health.

That decision, from the U.S. District Court for the Western District of Louisiana, upheld the states’ argument that lifting the order would cause them grave harm and sow chaos at the border. The case before Judge Sullivan, filed by the American Civil Liberties Union and several immigration organizations, rendered that earlier decision moot by taking aim at the legality of the expulsion policy instead of the procedures for voluntarily ending it.

The border is again emerging as a key political issue, and the Title 42 policy is one of the early battlefronts. The Republican Party clinched a narrow majority in the House of Representatives in the midterms, and the California congressman who is poised to become the new speaker, Kevin McCarthy, has said that border security would be one of his top priorities. He said that one of his first moves would be to introduce a bill to control the border.

In the new legal motion filed Monday night, the states said federal officials had “essentially abandoned their defense of Title 42, and it is doubtful that they will make any further arguments in support of it, let alone make all arguments that the states would press.”

They accused the Biden administration of “surrender’’ in the case, and said it was necessary for them to intervene in order to appeal Judge Sullivan’s order.

But in fact it is not clear that the Biden administration does not plan to appeal the order; it successfully sought a delay in its implementation to Dec. 21 but did not say whether it would also appeal it.

It argues that even states that are not on the border would be adversely impacted by the suspension of the policy. “Wherever those aliens end up, they will impose financial burdens on the states involuntarily hosting them,” the motion said.

It said states also have a sovereign interest in “excluding persons carrying communicable diseases,” though Judge Sullivan in his ruling noted that the number of migrants who have tested positive for the coronavirus has been very low.

Lee Gelernt, the A.C.L.U. lawyer who filed the lawsuit before Judge Sullivan on behalf of migrants who are seeking asylum, said it was “hypocritical” for the intervening states to demand Covid-19 restrictions for asylum seekers when they had opposed such restrictions in their own states in the past.

“The states mistakenly believe Title 42 can be used for general border enforcement,” Mr. Gelernt said, “but it is a limited public health provision, and these states have not remotely shown that they need Title 42 for public health reasons.”

The pandemic order has become a de facto tool for immigration enforcement. The U.S. Border Patrol has conducted 2.4 million expulsions under the policy since it was put into effect by the Trump administration. Those subjected to it are not allowed to request asylum and are bused to Mexico or sent by plane to their countries of origin.

Lifting the order could result in thousands of additional migrants making their way to the border, the Biden administration has predicted.

President Biden, who came to office vowing to put in place a more humane immigration policy than his predecessor’s, had been grappling with swelling numbers of border crossers, even with the policy in place.

Border authorities intercepted migrants nearly 2.4 million times at the southern border in the 2022 fiscal year, which ended Sept. 30, the largest annual number ever. About 40 percent of the encounters resulted in rapid expulsions.

But the ban has disproportionately affected Mexicans and Central Americans, and has been applied unevenly. Along many stretches of the border, Mexican authorities on the other side refused to accept the return of families with young children as well as people fromcountries that were further away, such as Venezuela, Cuba and India.

And even as human rights advocates have rebuked the Biden administration for resorting to the public health measure to curb migrant flows, the government has recently expanded its use.

On Oct. 12, the Homeland Security Department announced that Venezuelans would be expelled at the border under Title 42 under a new agreement with Mexico. The number of Venezuelans arriving immediately plunged, after soaring to 188,000 in the 2022 fiscal year.

Earlier this month, Cuba agreed to accept deportation flights from the United States. A record 221,000 Cubans were intercepted by U.S. border authorities in the 2022 fiscal year, with an overwhelming majority released into the United States.

Tags
Order Said That Was With

The Fake Scorcese Film You Haven’t Seen. Or Have You? 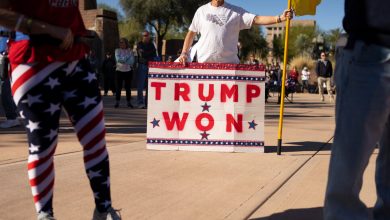 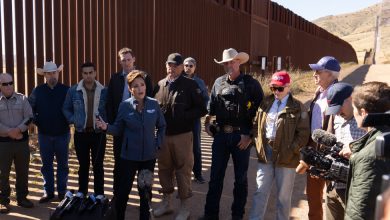