In Utah, Restoring Spruce Forests One Cone at a Time

Seasonal workers climb tree after tree to collect seeds that will eventually help regrow forests, an effort that could get the country closer to its climate goals

Blake Votilla at the top of a spruce tree, collecting cones that will be replanted to help restore forests decimated by wildfires.

We’re exploring how America defines itself one place at a time. Every fall, in a forest north of Moab, Utah, workers scale massive spruce trees, collecting cones that will become future forests. 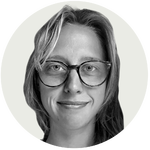 Photographs and Text by Hilary Swift

MOAB, Utah — Blake Votilla stared up at the 120-foot spruce tree. He strapped braces with four-inch spurs to his shins and clipped two large red plastic sacks on his climbing harness. Reggaeton blasted from a portable speaker on his hip.

Then he embraced the tree with his gloved hands, sticky from sap, lifting his left leg up first, driving the spur into the cracks of the bark to hoist himself up.

Mr. Votilla, 30, was here in the Manti-La Sal National Forest, which covers stretches of Utah and Colorado and is known for its Engelmann spruce trees, as part of a federal program that hires contractors to climb the trees and collect their cones. The seeds from the cones are sent around the country and ultimately get planted to regrow forests that have been decimated by wildfire or deforestation. These efforts have become more urgent at a time when the rate and intensity of forest fires have increased and the country is attempting to meet ambitious climate goals.

Mr. Votilla walking through a tree grove on his way to collect cones. Seasonal workers typically collect cones from July to October.
In an era where the rate and intensity of forest fires have increased, more federal money is being directed to reforestation to help offset carbon emissions.
David DeRoulac and his small team of cone pickers have been working for the Forest Service to harvest cones across the American West for nearly 20 years.

“I think it’s one of the most important things we could be doing right now,” said Patrick Murphy, a forest ecologist for the U.S. Forest Service, “especially with all the large-scale fires that have been going on and the backlog of reforestation that’s needed.”

This fall, I made the drive to Manti-La -Sal from Moab, Utah — an outdoor lover’s mecca famous for its red rocks and canyons — to document the collection process. The forest is one of many areas in the western United States where cones are collected. When trees are replanted after a wildfire, officials typically choose trees that are as close to what was originally there to help maintain the natural ecosystem. The workers travel around, rotating through forests seasonally, similar to crop rotation.

Mr. Votilla strapping on braces that contain several inch-long spikes before climbing a tree.
Visitors take in Manti-La Sal National Forest as a cone picker works in the distance. The forest is known for its Engelmann spruce trees and is part of a federal program that hires contractors to climb the trees and collect their cones.
Some of the cones collected get sent to a nursery outside of Boise, Idaho, where the seeds from the cones are stored or replanted.

During harvest season, which typically lasts from July to October, the pickers set up camp on National Forest land, where they can stay for free while they work. Each morning around 8 a.m., they head to their site for the day, picking for eight or nine hours before sorting through and counting the number of bushels they collect.

“I’m pretty disappointed if I just get four,” Mr. Votilla said. “I have high standards.” He said he aims to collect six to eight bushels a day, though the exact number is hard to know until later when workers separate all the cones they collected from the attached twigs and needles to get an accurate count.

Mr. Votilla, like many of the workers who spend their summers and falls high up in the trees, is used to this type of temporary work. He spends the rest of his year fixing motorbikes and leading ski trips out of Jackson, Wyo.

A cone picker, Chris Cawley, resting after collecting from a tree.
Cattle in the middle of the road in Moab, Utah.
Mr. Cawley and Mr. Votilla watching the sunset from the camp they share. During a harvest, the pickers often set up camp on National Forest land, staying for free in remote areas.

David DeRoulac and his small team of pickers have been working for the Forest Service to harvest cones across the American West for nearly 20 years. He said his seasonal employees are paid per bushel, typically averaging around $500 a day. Mr. DeRoulac is passionate about the need for this work: “We need a Manhattan Project for the environment here in the West,” he said, “like a huge infrastructure development bill for restoration.”

A version of that came in November 2021, when the REPLANT Act passed as part of President Biden’s infrastructure bill. The act will increase funding to $100 million from $30 million, which will go to reforest over 4 million acres of land in the next 10 years.

Trees trap carbon in the ground for hundreds of years, Mr. Murphy said. Scientists hope that “with more trees, more carbon will be held,” he added, “counteracting the effects of greenhouse gasses on the planet.”

But the U.S. Forest Service said that it had been able to meet only 6 percent of the reforestation needs annually, because the increased rate and intensity of wildfires, combined with a federal spending cap, created a backlog of areas to address.

“There’s so much work that needs to be done,” Mr. DeRoulac said, adding that planting trees is “the biggest thing you can do right now” to fight climate change.

A day collecting cones typically begins with pickers heading to the site at around 8 a.m., with a workday lasting eight or nine hours.
Moab, Utah.
Collecting cones from a fallen spruce tree.

The work can be full of risks and requires pickers to move slowly. Climbing a tree can take anywhere from 10 minutes to close to an hour, then another three hours in the tree to harvest.

“The scary part is the climbing,”Mr. Votilla said over dinner one day at a restaurant in Moab, a treat for when he goes into town to pick up supplies.As he spoke, he leaned over a calorie-rich meal of soppressata pizza, French fries, and montanarine — an Italian fried dough dish. “All you’re seeing is the trunk and like a foot of branch. You can’t tell if it’s dead or alive,” he continued. “So you’re constantly having to look out and make sure there’s green needles on it.”

A tree can take 10 minutes to close to an hour to climb, depending on the height of the tree, branch thickness and age. The harvesting in the tree can then take up to another three hours.
Sorting through cones from a harvest. Overall, the work is full of risks, requiring pickers to be slow and judicious.
Pickers carrying their cones up a hill after harvesting.

And sometimes the threat comes from the ground. One day, Mr. Votilla said, “there were people doing target shooting, and then a bullet whizzed past my head. They had no idea I was in the tree.”

To warn people below of his presence — whether they are hikers, cyclists or target shooters — Mr. Votilla has taken to carrying the cylindrical speaker, covered in sap and pine needles, with the volume turned up high.

Dead branches and target shooters are not the only hazards: Mr. Votilla once happened upon a nest of bald face hornets and was stung five times before he could climb down.

“I was rappelling down and hit it, and I was surrounded by hornets,” he said. He said he descended so rapidly he burned through a part of his rope. Yet the experience did not deter him. The next morning he was back in the forest, ready to pick.

Tags
Forest From That With Work

Down and Out When 2022 Began, Novak Djokovic Is On Top Again. Kind Of.

‘Nothing Like a Buffalo Winter’: Residents Undaunted by 6 Feet of Snow 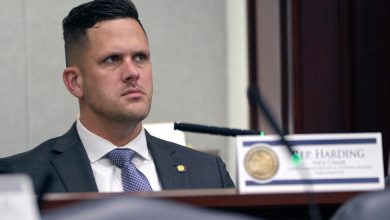 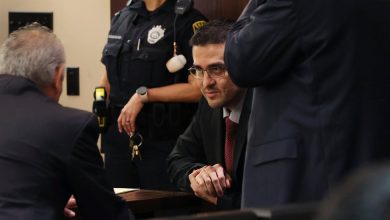 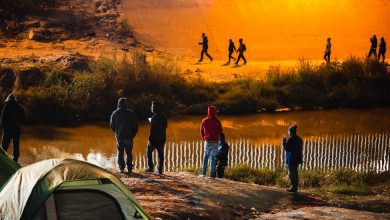 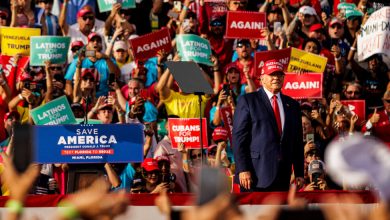