WASHINGTON — When the Senate passed landmark legislation last month to mandate federal recognition for same-sex marriages, the vote was lauded as a rare moment of bipartisanship at a time of deep political polarization in the country.

But the narrow coalition of 12 Republicans that joined every Democrat in support of the measure — which is poised to pass the House on Thursday and be signed by President Biden shortly thereafter — did not spring up spontaneously in a groundswell of cross-party harmony.

Behind the scenes, a group of influential Republican donors and operatives, including some of the party’s most prominent gay leaders with long experience prodding their party to embrace L.G.B.T.Q. rights, banded together with the bill’s proponents in Congress for a coordinated, $1.7 million campaign to persuade G.O.P. senators that backing it would give them a political edge.

Their quiet work helps explain how a bill to ensure recognition of same-sex marriages across the country went from being the subject of an election-season political maneuver that few expected to be enacted to an initiative embraced by a decisive majority of senators, and an unexpected victory for the gay rights movement that will be one of the final acts of the Democratic-controlled Congress.

The push was led by Ken Mehlman, President George W. Bush’s campaign manager in 2004 and a former chairman of the Republican National Committee who came out as gay in 2010, and Centerline Action, a centrist nonprofit funded by him and Reginald Brown, a lawyer in Mr. Bush’s White House, among others.

It involved flooding the phone lines of Republican senators with calls from constituents who favored the same-sex marriage measure, presenting them with polling that showed that voters were more likely to support a proponent of the bill than somebody who opposed it, and a public pressure campaign aimed at demonstrating widespread conservative support for the legislation.

“When this popped in the House, we immediately went into action and reached out to all of those operatives and supporters and activists who had been engaged in this issue and kind of got the gang back together,” said James Dozier, the president of Centerline’s board. A former Republican congressional aide, Mr. Dozier is married to a man and has long pressed for same-sex marriage rights.

The Respect for Marriage Act would codify marriage equality.

The work got underway in July, after 47 Republicans — a surprisingly high number — joined Democrats in supporting the bill when it initially passed the House. While the G.O.P. backers amounted to less than a quarter of the party’s contingent in that chamber, the degree of bipartisanship was enough to transform the measure from a mere messaging exercise into a serious legislative effort.

But the bill still needed at least 10 Republican supporters to advance in the Senate, where 60 votes are necessary to move forward on most major legislation, a threshold that has frustrated many a bipartisan effort.

The legislation’s success has reflected a tectonic shift in public opinion on the issue of same-sex marriage that has occurred over the past decade, transforming it from a divisive political issue into one that has become widely accepted by members of both parties. But the Republican strategists behind the effort knew that conveying that shift would be critical to G.O.P. lawmakers who might otherwise still regard embracing same-sex marriage rights as too risky.

“Valid and legal same-sex marriage is especially popular among critical voting blocs, like suburban voters, as well as young and middle-aged voters,” said Alicia Downs, a Republican pollster who conducted state-by-state polling for Centerline. She said more than 60 percent of suburban voters believe same-sex marriage should be recognized as valid by law.

Mr. Mehlman, working with Centerline, helped commission the polling in nine states where they identified Republican senators who could be persuaded to support the Respect for Marriage Act but who were publicly undecided: Alaska, Missouri, West Virginia, Iowa, North Carolina, Wisconsin, Indiana, Utah and Wyoming.

The results were shared with the senators from those states and coordinated with a field campaign in which activists mobilized constituents to call their senators and express support for the measure. In total, the group patched through 30,000 advocacy calls from Republican constituents, hitting 16 Senate offices.

“In my experience, most important political decisions don’t get made just in Washington,” Mr. Mehlman said. “If you can take the pulse of the voters and congressional districts and mobilize activists and others, you’re going to be very persuasive.”

In the end, at least one senator from each of the states polled voted for the bill.

Susan Collins of Maine, who was the lead Republican negotiator in the Senate, credited Mr. Mehlman and the outside group’s efforts with helping to get her party over the finish line.

“It all helped shore up our supporters, and it certainly helped get us over the magic number of 10,” Ms. Collins said in an interview. “It made our supporters feel less alone, but it also played a critical role in getting us the margin. It gave Republicans who were on the bubble a sense of comfort.”

Mr. Mehlman, who has worked to build greater acceptance among Republicans for gay- and transgender-friendly policies, also leaned on a network of Republicans that he enlisted in 2019 to urge the Supreme Court to declare that the Civil Rights Act of 1964 explicitly prohibits discrimination against gay men, lesbians and transgender people in the workplace.

Proponents also made personal appeals for the legislation, with arguments tailored to a conservative audience. Back in July, after it passed the House, Mr. Mehlman and Theodore Olson, a former solicitor general, published an op-ed in The Wall Street Journal urging the Senate to follow suit and asserting that “as conservatives we should promote freedom and limited government. That includes supporting American citizens’ freedom to marry the person they love.”

Ms. Collins said the effort was critical, especially because of the pressure some Republicans were under to oppose the bill.

“What I heard from at least one of my Republican colleagues was that he had lost significant support among big donors in his state,” she said.

Perhaps the most surprising yes vote came from Senator Cynthia Lummis, Republican of Wyoming, especially after the other Republican senator from Wyoming, John Barrasso, voted no.

Ms. Lummis, who is a member of Trinity Lutheran Church, was pressed by the Wyoming Pastors Network to “reverse course” after she voted yes on a crucial test vote that paved the way for the bill to advance in the Senate. The Wyoming G.O.P. also admonished her for supporting the bill, which it claimed would threaten the state party platform.

“For the sake of our nation today and its survival, we do well by taking this step,” she said on the Senate floor last month, delivering an emotional speech about the need for more tolerance during what she called “turbulent times for our nation.”

Tags
From Support That Was Who

How the Global Spyware Industry Spiraled Out of Control

Inside the Fight to Pay Food Delivery Workers $23 an Hour 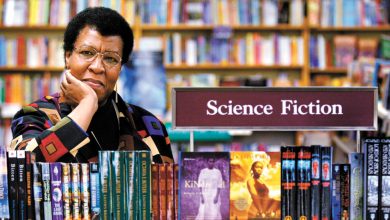 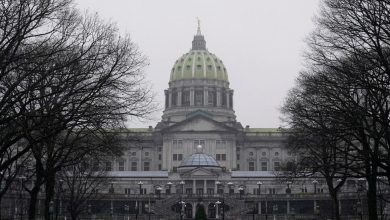 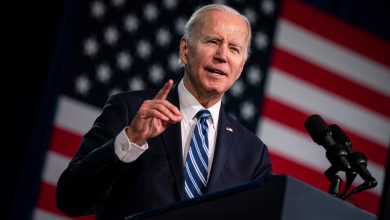 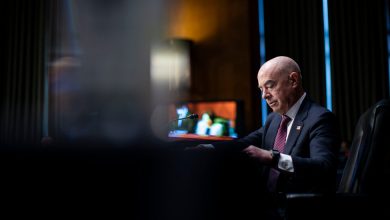