ON THE BANKS OF THE DNIPRO RIVER, Ukraine — Under cover of darkness, a group of soldiers heaved their dinghy off the sand into the water. Another group loaded equipment with a heavy clanking into their boat, while a third pushed off silently with oars. Engines humming quietly, the boats turned to the open water and disappeared into the blackness.

The fighters, a volunteer Ukrainian special forces team called the Bratstvo battalion, were crossing the wide expanse of the Dnipro River, the strategic waterway that bisects Ukraine and has become the dividing line of the southern front. After recapturing the city of Kherson a week ago, Ukrainian forces hold the western bank, while the Russians still hold the eastern bank.

To exploit weaknesses on the Russian side, the Bratstvo fighters have been conducting secret raids and other special operations for months, as part of the Ukrainian counteroffensive against Russian occupying forces. On this night, their mission was to slip onto the eastern bank and lay mines on a road used by Russian soldiers and attack a mortar position.

“It’s a very dangerous mission,” said Oleksiy Serediuk, the battalion commander. “They need to land where there is a swarm of Russians. They need to go around them and plant mines.”

From the beginning of a conflict defined by heavy aerial and artillery bombardment and grinding trench warfare, the Bratstvo battalion has undertaken some of the conflict’s most difficult missions, conducting forward spotting and sabotage along the front lines, including in the early battles around the cities of Kyiv and Kharkiv. Now, in the battle for Ukraine’s south, they’ve learned to use boats and infiltrate the Russian-controlled side of the Dnipro River.

“We go on foot,” Mr. Serediuk said. “If we are conducting an ambush, we can go up to 35 kilometers and spend several days on task.” 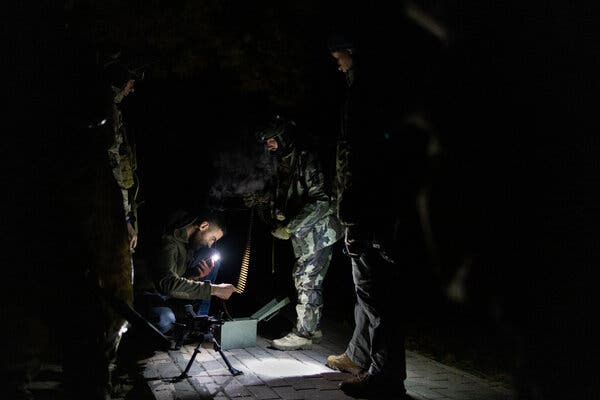 Ukrainian special forces preparing for a night operation along the Dnipro River.

A member of the battalion stayed behind to monitor and support the team in the field.

The group gave access to The New York Times to report on two recent riverine operations — which took place before the recapture of Kherson.

One mission had to be aborted. The other was a partial success.

“All the work along the southern front increases the stress on the Russians and increases their understanding that they will have to lose some resources on this front line,” Mr. Serediuk said. “So our actions are also some tiny input in this overall result that Russians need to accept some compromises here.”

Planning begins with several days of reconnaissance of Russian positions by the unit’s drone operators. Then they match intelligence reports with reconnaissance on the ground, and verify it with the Ukrainian military, which has its own sources.

The river, running more than 1,000 miles from north to south through Ukraine, is a great natural barrier and presents a huge challenge for any army. At some places it’s a mile wide, and in the reservoir basin the distance from one shore to another is as much as 12 or 15 miles.

In late October the drone unit, working from a boat offshore, spotted Russian troops arriving at a camp. They seemed to be newly mobilized conscripts, since they showed little operational awareness; some were dragging wheeled suitcases into two communal buildings, said Vitaliy Chorny, the head of intelligence gathering for the Bratstvo battalion.

The fresh information prompted the Ukrainians to change the target of their planned attack that night. They armed two teams with shoulder-held rocket-propelled grenades, a machine gun and automatic weapons.

“They will attack these two houses and will also take out the electrical transformer,” Mr. Chorny explained. “We found smaller groups are better,” for stealth, he added. A larger group had compounded the problems on previous operations, he said. “We had more wounded, more boats and were drawing attention to ourselves.”

Members of the Bratstvo battalion’s special forces unit prayed together before going on a night operation.
The battalion’s task is both reconnaissance, to learn about changing Russian positions, and sabotage, attacking targets along the Dnipro and the southern front.

That evening the team crouched round a computer screen in a dorm room to watch the drone footage as the reconnaissance officer briefed them. The officer, who goes by the code name Stoic and operates drones, estimated there were 40 Russians in the two buildings closest to the shore and more spread out in the settlement.

Within an hour, the Ukrainians were outfitted with night-vision goggles, weapons and waterproof capes and they descended to the beach. They recited a prayer together, then loaded up the narrow rubber dinghies and set out, hunched silent figures in the dark.

That mission, as others have been, was thwarted by circumstance. When they reached the target, they found a large concentration of Russian soldiers setting up observation positions and a machine-gun post along the shore. Outnumbered, the Ukrainians lingered out of sight, watching for an opportunity, but after several hours one of the dinghies sprung a leak and they called off the operation.

Mr. Serediuk shrugged off the failure as in the nature of the job. “Something always goes wrong,” he said. But the unit has had notable successes, he said. They had recently taken out a Russian mortar that long plagued them and other Ukrainian troops, and had downed a Russian helicopter.

Sometimes the firefights have been intense, said Stoic, who is 23. He played a video on his phone of one of their units opening fire with assault rifles from a dinghy, bullets hitting the water, as they approached the shore on one operation.

Flying a drone from the middle of the Dnipro River to observe Russian forces on the southern bank, less than six miles away.
A planning meeting ahead of a nighttime river operation.

Local residents had proved to be willing and reliable informants in the areas occupied by Russian troops, Mr. Serediuk said. They had also discovered that Ukrainian partisans — insurgents fighting covertly — were working in the occupied areas, blowing up Russian equipment.

“We don’t know where they appeared from,” he said of the partisans, but added that it was good practice to keep guerrilla cells autonomous to prevent detection by the enemy. “We don’t know how they receive weapons and it’s right that we don’t know.”

But the lack of coordination on their own side had occasionally caused problems. After losing a drone worth $20,000, the group was able to determine that a nearby Ukrainian unit had brought it down, Stoic said.

Two weeks after the aborted operation, the unit set out after a new target, a Russian camp with two mortar positions. A team was readied to go in three dinghies and a support boat. Among them was a group of Russian volunteers, political refugees who had been living in Ukraine for several years and had taken up arms on the side of the Ukrainians.

A single female soldier, armed with a shoulder-held anti-tank weapon, joined the team. The woman, who uses the code name Vita, is Mr. Serediuk’s wife, and she has gained an almost mythical renown for surviving close combat with Russian troops.

They set off under a cold, bright moon, swiftly disappearing in the gloom.

Russian volunteer fighters preparing to go on a joint night operation with the Ukrainian Bratstvo battalion.
A battalion member preparing his gear ahead of a mission.

Volunteers were best suited for the job, since they were most ready to accept the risk, said Mr. Serediuk, who stayed back, drinking coffee through the night, waiting for news.

His volunteers were united in wanting to recapture all Ukrainian territory, including the annexed Crimean peninsula, he said, and taking the fight all the way to Russia, too. “We all dream about going to Chechnya, and the Kremlin, and as far as the Ural Mountains,” he said. As for President Vladimir V. Putin, he said: “Kill him in his bunker. My small unit can do that.”

Their small sabotage attacks were not enough to liberate the occupied areas on their own, he said. “That will be land forces.” But he said he came to realize the value of their work when he saw the damage a Russian sabotage unit did behind Ukrainian lines near the town of Bakhmut in August.

The situation was changing rapidly in Ukraine with the introduction of thousands of newly mobilized Russian troops and then the retreat from Kherson this month, he said in a later interview. “Our task now is to hasten their retreat,” he said, “to turn their retreat into a chaotic flight.” The task would remain the same but they would be venturing deeper into Russian-held territory, he said.

The soldiers were back before dawn, unloading on the same beach, cold, weary and with few words. “Excellent,” said one soldier clomping back up the beach. One boat had broken down but within half an hour the operational commander reported all were back on base.

“We laid the mines and then came back without any noise and they did not see us,” said one 18-year-old soldier. He said he had watched the Russians from a distance of 100 yards or more. “Some were walking, some were standing, some were just watching their phones,” he said.

But the unit had not pushed further to attack the mortar positions. The lay of the land was not good, the moonlight too bright and the group too large, said Vita, Mr. Serediuk’s wife. “Lots of boots, lots of noise,” she said. “And we froze a lot.”

Members of a special forces unit of the Bratstvo battalion preparing to move out by boat, along the banks of the Dnipro River.
Tags
Had Said That Unit With

Turning the Gestures of Everyday Life Into Art

Trapped Between Extremists and Extreme Weather, Somalis Brace for Famine 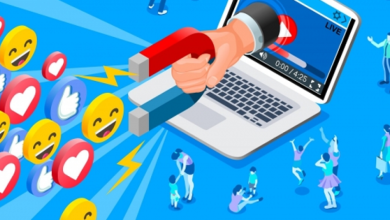