It started in 1995 in a home in Hollywood Hills, Calif., where two roommates — a music producer and a D.J. — used to compete over who could find the best sample from their record collections.

One day, Paul Stewart, the D.J., conceded that his roommate, the producer Doug Rasheed, had bested him when Rasheed put on a vinyl copy of Stevie Wonder’s 1976 album “Songs in the Key of Life.”

The track that Rasheed played, “Pastime Paradise,” opened with a mournful synth loop that replicated the sound of a string section. The song that it inspired, “Gangsta’s Paradise,” would change both of their lives and catapult an up-and-coming West Coast rapper named Coolio to global stardom.

Coolio, born Artis Leon Ivey Jr., died on Wednesday in Los Angeles at age 59; the cause has not been disclosed. The rapper had a handful of hits before and after “Gangsta’s Paradise,” but nothing in his career would top the popularity and cultural influence of that track, which was featured in the 1995 movie “Dangerous Minds” and went on both to win a Grammy and inspire a Weird Al Yankovic parody.

In recent years, Coolio had commented on the legacy of the song and its long shadow over the rest of his career, calling it, in one interview, both a blessing and curse (“More of a blessing than a curse,” he noted).

“That record: It took him over the top,” Rasheed, the song’s composer and producer, said in an interview on Thursday. “It made him a household name worldwide.”

Coolio’s opening words, which are based on Psalm 23, became one of the most widely remembered verses in ’90s rap: “As I walk through the valley of the shadow of death, I take a look at my life and realize there’s nothin’ left.”

The singer L.V. (born Larry Sanders), who features on the song, had already started collaborating with Rasheed on the track, he said in an interview, when Coolio wrote those lyrics. Listening to the Wonder song in that Hollywood Hills home, it had been L.V.’s idea to turn “Pastime Paradise” into “Gangsta’s Paradise.”

L.V. recorded multiple vocal tracks that Rasheed combined to sound like a large choir singing a haunting refrain, as well as the chorus: “Been spending most their lives living in a gangsta’s paradise.”

The tale of how Coolio first heard the track differs depending on who is telling it. In L.V.’s version, L.V. brought the song, with his recorded vocals, to Coolio on a cassette tape, hoping to persuade him to collaborate on it after another rapper had turned him down. In Coolio’s account, according to a Rolling Stone oral history of the song from 2015, the rapper was visiting the Hollywood Hills home to pick up a check from Stewart, who was his manager, when he heard the track.

Coolio recalled writing his verses in one session, rapping about chasing his dreams and the uncertainty of whether he would live to 24 years old. (He was in his early 30s at the time, but 24 rhymed better, he said in a 2015 radio interview.)

The reinterpreted song still needed to get a green light from Wonder’s camp. But, Rasheed recalled, Wonder was turned off by the profanity and violence expressed in the lyrics. The producer asked Coolio for a rewrite, and the rapper agreed. The other catch: Wonder’s music publishing company would receive three-quarters of the publishing proceeds.

“The terms were a little harsh, but without them approving it there’s no hit,” Stewart, who managed both Coolio and L.V. at the time, said in an interview on Thursday.

Stewart shopped the song around and found a very interested party in MCA Records, which was producing the soundtrack for “Dangerous Minds,” starring Michelle Pfeiffer as a former Marine who becomes a teacher at an underfunded Bay Area high school. (The movie received mixed reviews, with The Los Angeles Times film critic Kenneth Turan calling it “stereotypical, predictable and simplified to the point of meaninglessness.”)

The music video, directed by Antoine Fuqua and featuring a severe-looking Pfeiffer staring down Coolio, initially received a pass from MTV, Stewart recalled, until MCA arranged to advertise the video on the channel, generating interest from viewers.

MTV picked it up, and “it was the most phenomenal takeoff of a record that I’ve ever seen,” Stewart said. “Gangsta’s Paradise” spent three weeks atop Billboard’s Hot 100 and was named the chart’s No. 1 song at the end of the year. It won the Grammy for best rap solo performance in 1996.

The musical parody artist and his team approached Coolio to get his blessing to make their own version of the song — “Amish Paradise” — Rasheed said, but the rapper refused. Knowing that legally speaking, Weird Al didn’t need their green light, Rasheed gave them his approval, despite Coolio’s skepticism.

“I think he just didn’t want to be made light of,” Rasheed said. To Coolio, his collaborators explained, “Gangsta’s Paradise” spoke to the real hardships and fears around street life in a way that seemed to resonate with people from different walks of life.

“A lot of people say it saved them from whatever demons they were dealing with, that they listened to the song and it helped them carry on,” Coolio said in the Rolling Stone oral history.

The “Amish Paradise” music video from 1996 opened with Yankovic in a broad-brimmed hat and a thick beard rapping, “As I walk through the valley where I harvest my grain.” In place of Coolio’s references to being “raised by the state” and finding protection in “the hood team,” Yankovic rapped about “milkin’ cows” and partying “like it’s 1699.”

Rasheed said that over time, he saw Coolio soften to the parody, viewing it as more homage than mockery. And in later interviews, the rapper said that he had changed his perspective on Yankovic’s song.

“I let that go so long ago,” Coolio told Vice in 2014. “Let me say this: I apologized to Weird Al a long time ago and I was wrong.” He added, “I listened to it a couple years after that and it’s actually funny,” adding an expletive.

In an interview with Newsweek a few months later, Yankovic said he was relieved. “I’m not the kind of guy that has beef with people, because I go out of my way to make sure that people are fine with what I do,” he said. “That was the one little moment in my whole history where there was a problem,” he noted, saying it was “very sweet” of Coolio to have told Vice he had made amends.

While “Amish Paradise” gave Coolio’s song a boost, the track was a smash on its own. L.V. remembered Coolio and his crew touring the world — Japan, France, Australia — and feeling like they were drawing “Michael Jackson-level” crowds that recited the lyrics along with them. Earlier this year, Coolio celebrated the song reaching a billion streams on YouTube.

“He put some magic on that track,” Rasheed said. “His voice, his delivery his cadence — it was something really special.”

What to Know About Russia’s Annexation of Four Ukrainian Provinces 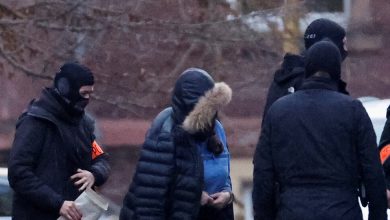 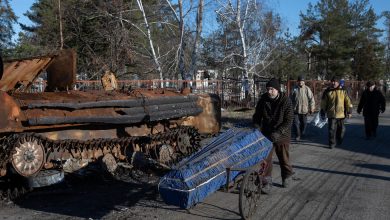